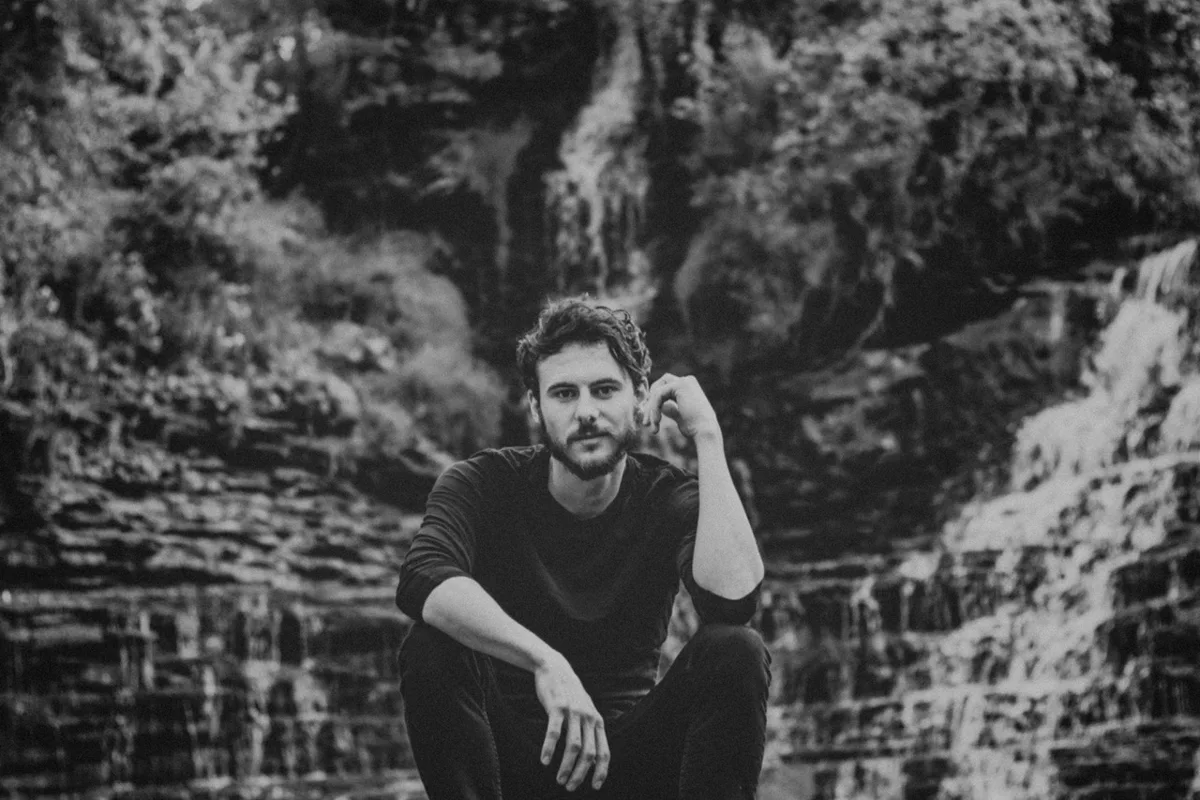 Growing up in the thriving folk music community of Alberta, Jordan Hart learned to respect the power of an honest story told through a simple song. The natural beauty of Alberta can still be heard in Hart’s music, drawing images of guitars strummed by birch fires and mountain lakes, surrounded by pine trees.

As a young performer Hart developed a deep love for busking, which led him to play on the streets of many major cities. He attributes his raw, compelling live performances to his experience of playing for people on the street, and claims busking is the highest form of performance education he has encountered.

The Canadian musician has recently released his debut EP Only Pieces of the Truth, on March 12th. On the self-produced EP, Hart exposes the desire we all share to feel connected to ourselves and each other. Through each song, he explores the highs and the lows of finding that connection in spite of our own selfish motives and pride.

The title track, ‘’Only Pieces of the Truth’’ is an emotive, mid-paced, and gentle song with gloriously sweeping arrangements. ‘’The central character realizes that all he wants to do is be vulnerable and that he is “holding all the cards, wishing you could see inside his walls,’’ said Hart. ‘’But even still, and especially because the stakes are so high, he can’t bring himself to take the first steps forward toward repairing the relationship (“staring at your door, I’ll never knock”).’’

The Gold-certified, singer-songwriter and multi-instrumentalist worked with countless producers and arrangers over the years. Despite those incredible opportunities, no pieces of music truly felt like his sound. Hart was still looking for what would be his musical identity when he met the AllPoints team. Through his multiple conversations with his new creative team, he was advised to begin with a self-produced body of work. After 6 months of blood sweat and tears, Hart pieced together all the parts of himself and finally his sound. The experience birthed his new EP, Only Pieces of the Truth.

Having developed a deep love for busking, at an early age, playing on the streets of many major cities, what knowledge have these experiences provided you with that you have used to enhance your artistry, performance, vision, etc., over the years?

The most important thing that I’ve learned from busking on the street is that what resonates most with an audience is almost always what resonates most with the performer. Throughout my career, I’ve had many different people present strong opinions about what style of music I should and shouldn’t perform. This left me confused at a young age, as all of the opinions were vastly different from each other and yet, presented with such importance. After years of busking, a beautiful natural justice presented itself in discovering that it didn’t matter the tempo, genre, or content of the song, invariably, as long as the songs I was performing were resonating with me, a large crowd would gather to listen and show their support.

Congratulations on the release of your debut EP Only Pieces of The Truth. Can you describe the path to finding your musical identity? What was your creative experience like, having self-produced the record?

Thank you! I’ve been a live performer for so long that it was difficult in some ways to make the transition into the studio and explore being a recording artist; it was difficult to embody the emotion of a song without feeling the presence of an audience. I have had a love for producing and arranging for a long time, and I’ve had the opportunity to produce and write songs for other artists and projects, and always loved creating the world behind a song. I spent a lot of time collaborating with other producers, assuming that I would need a more practiced hand (in terms of production) before I would be satisfied with the product. Though I had the honour of working with some of the most successful and talented producers in Canada, I never quite felt like the product completely embodied my musical identity. Recently, a highly respected member of an amazing record label that I have been working with called AllPoints told me that he loved my own production and recommended that I start with a self-produced EP. It was his belief in me as a producer that really inspired me to take this project on by myself.

I intend to explore many different styles of music in my career and to collaborate with many different artists and producers along the way. I feel that because I started with something that is so potently me with all of its imperfections and successes, my audience will now be able to recognize my identity more clearly among all of the different styles of music that I make in the future.

With a title like Only Pieces of The Truth, the EP seems to resemble that of a jigsaw puzzle, where pieces are laid out in an effort to complete something of greater significance. At the same time, each piece is essential when completing the puzzle. What is your hope for the listener as they immerse themselves in the record? Could these songs be seen as pieces others could use to find their greater truth, in turn, allowing them to feel whole?

What a beautiful question. I would be honoured if this music can play that role in some people’s lives. My greatest hope is that this music becomes the listeners as much as it is my own. For me, the title “Only Pieces of the Truth” is meant to recognize that there is so much more to each of us and our feelings towards ourselves/each other than can be easily expressed at all, let alone through nothing but language. Similarly, this EP only represents pieces of my truth, leaving plenty of room to grow and develop my musical identity as I intend to. Almost unintentionally, my music tends to come from some of the most vulnerable places in my heart. So while these songs are only pieces, they really are true pieces of who I am. I hope they help give the listener a sense of peace, a sense that they are not alone, and the ability to be more vulnerable with themselves and others in their lives.

Exposing the desire we all share to feel connected to ourselves and each other, explain how this theme of the EP is congruent with the current happenings of the world. In what way has this project allowed you to feel in terms of an increased sense of compassion toward yourself, others, and life itself?

Thank you for these questions, I would love to be in person talking about these things over a cup of tea and hope that that can happen one day soon!

I’ve explored many different songwriting processes over my life, but I find I’m almost always most successful when I clear my mind and allow my songs to flow through me instead of from me. When I write in this way, the topics tend to be of the deep feelings that are the undercurrent beneath my daily life. When listening back to these songs in particular, I realized that they all revolve around a desire to connect more deeply with myself and the people I love.

I have felt a bit of a shift in the world now that so many of us are constantly connected to social media. The facades that hide us and walls that we put up to guard our hearts are used now more than ever while we communicate through the filters and screens on our phones. While social media expands our communities in many beautiful ways, it can also limit the depth of each individual connection; but I don’t think that it has satiated the desire for that deeper connection. Through writing and playing these songs for people, I realized that there are so many of us looking for that connection. I hope my songs and concerts can provide a safe, peaceful environment to be vulnerable and connect in this way.

Pulse Music Magazine is a creative space allowing musicians to showcase their craft and build their audience. Is there any piece of advice you could offer other up-and-coming artists who wish to follow their dreams?

As a young artist, I tended to look outward to gauge where I was at, and what I should be doing differently. While I learned many valuable things from other people, I now know that my most efficient artistic growth happens when it is driven by me. So that said, I’d say to listen to people’s advice but to keep it all at a distance, and to know that the most powerful art that will come from you is the art that is the most authentic and meaningful to you, yourself.

Pulse Music Magazine would like to thank Jordan for his thoughts and sharing his music with our community.

Stream the record below: